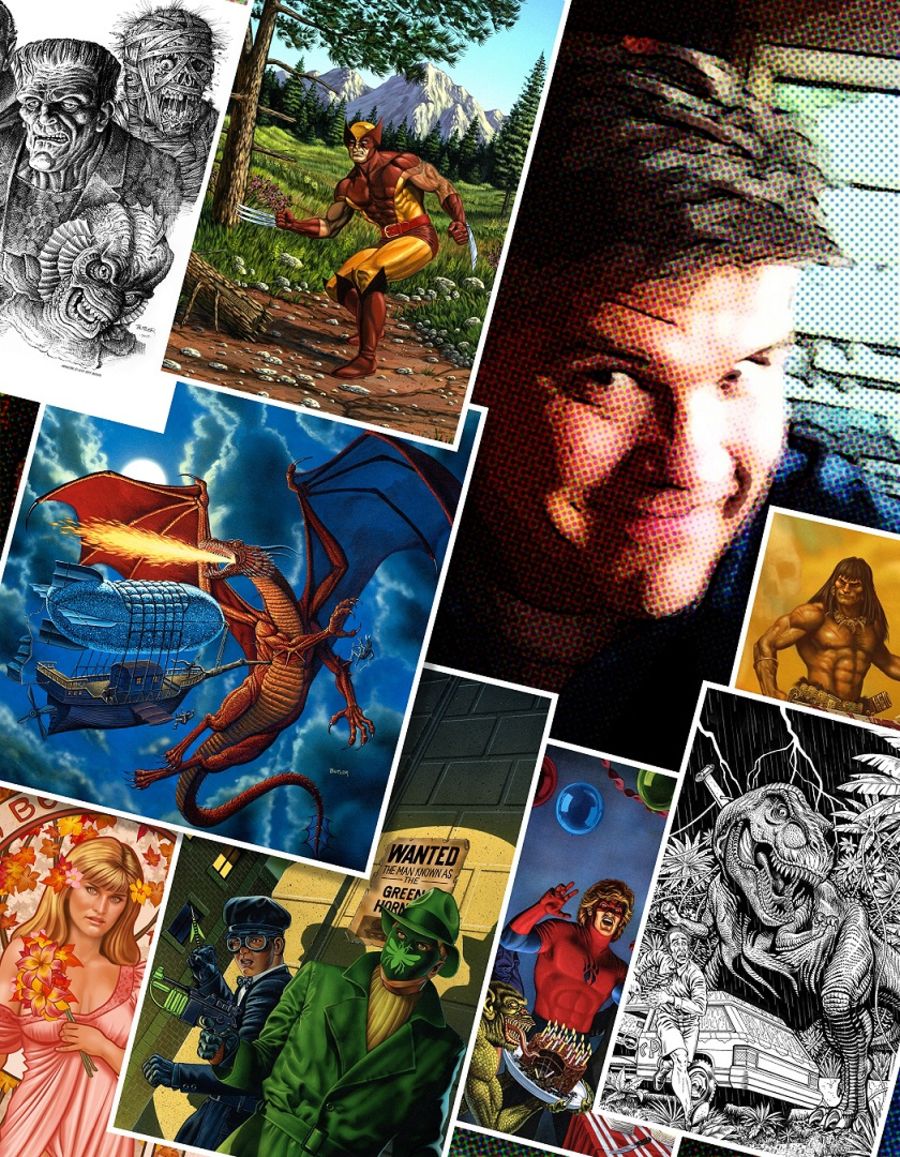 
Jeff Butler has been working professionally as an illustrator, comic book and video game artist for over 35 years. Jeff broke into the comic book field in the early ‘80s, helping writer Mike Baron create The Badger for Capital Comics. He spent 5 years in the world famous art department of TSR, Inc., the creators of Dungeons&Dragons. At TSR, he illustrated many D&D and DragonLance game products and was also the primary artist for the Marvel Superheroes Role Playing Game. In 1989, Jeff teamed with writer Ron Fortier to bring The Green Hornet back to comic books. Jeff would go on to illustrate other comics: The Lost World: Jurassic Park, Hercules and Xena, Charles Barkley vs. Godzilla, Jason vs. Leatherface, to name a few. Jeff’s comic art career was highlighted in a recent episode of Wisconsin Public Television’s Wisconsin Life program. His art has been featured nationally in TV Guide and The Children’s Television Workshop magazines, Universal Studios licensing, as well as in numerous posters, puzzles and coloring books. In recent years, Jeff also applied his talents in the video game industry as a 2D and 3D character designer and concept artist at Raven Software. He was the Lead Character Artist for games like X-Men Legends I & II and Marvel: Ultimate Alliance. At Raven, he worked on 12 AAA video games, most recently: Marvel Origins: Wolverine and Singularity.

Renown cartoonist, Lynda Barry has asked Jeff to teach her popular MAKING COMICS courses at the University of Wisconsin-Madison, while she’s on sabbatical, next year. He also teaches Drawing in the Graphic Design and Illustration Program at Madison College. During his ever-dwindling free time, Jeff continues to do freelance illustration and commissions.

You can see Jeff’s art at: www.jeff-butler.com